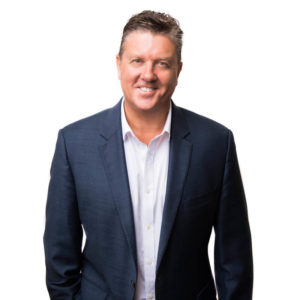 This month we observed World Food Safety Day. This year’s theme of “Food safety, everyone’s business” is particularly relevant as approximately 650 products including food-related items are recalled in Australia every year, but only about half of them are returned to the retailer. In October last year, the ACCC reported that there were about 1.7 million recalled products still in Australian homes.

In Australia, two people die, and 145 people are injured every day by unsafe consumer products, according to the ACCC. This amounts to a cost of at least $5 billion to the economy, including medical costs, lost wages, and lost productivity, not least to say the hidden costs of the brand, reputation, profits, or potential criminal charges.

Here is a list of the top 5 food recalls that Australia has encountered in the last five years:

In a food safety crisis beginning September 2018, numerous punnets of strawberries grown in Queensland and Western Australia were found to be contaminated with needles. Queensland Police reported that by November 2018, there had been 186 reports of contamination nationally, many turned out to be hoaxes, but 68 strawberry brands were affected, including 49 in Queensland.

The financial impact of this recall to the Australian strawberry producers was significant with tonnes of stock returned and destroyed. It turned out to be the work of a disgruntled ex-employee of the Berrylicious farm in Wamuran, north of Brisbane, who felt she had been mistreated.

An “exotic” strain of salmonella prompted a recall of some egg brands across four states and the destruction of hundreds of thousands of hens. This outbreak was linked to contaminated eggs and continues to be investigated by NSW Health and the NSW Food Authority with several affected egg producers being identified. Eggs were recalled from shops in Sydney after a cluster of 23 salmonella cases were uncovered. This led to egg supplier Eggz on the Run to voluntarily recall some products sold under the Glendenning Farm brand.

In what is supposed to be linked to the original outbreak in NSW, five people ranging in age from their 20s to their 80s contracted salmonella enteritidis linked to eggs produced by Victoria’s Bridgewater Poultry.

In February this year, Lion Dairy and Drinks issued the recall of its one-liter and three-liter full cream milk manufactured at its Penrith site due to contamination of E. coli. The affected milk is sold in 7-Eleven and Aldi under the brands 7-Eleven, Aldi Farmdale, Community Co, Dairy Choice and Dairy Farmers. If consumed it could have caused illness including diarrhea, vomiting, and urinary tract infections. Serious cases may even cause pneumonia and meningitis in newborn babies.

Nationally, there have been 24 cases to date of hepatitis A linked to the recalled product in 2017.

Popular brands of frozen vegetables were recalled from supermarkets across Australia and around the world over fears of potential contamination by the deadly listeria bacteria, which killed six people in NSW and Victoria.

Food Standards Australia and New Zealand (FSANZ) issued an alert for a number of brands of vegetable products across Aldi, Woolworths, and IGA stores. Some of these vegetables were imported from Europe, and the recall in Australia came after recent recalls in the United Kingdom over the same contamination fears.

Plan for the worst

Manufacturers today need to ensure they have a comprehensive traceability plan in place. That includes having a product recall plan in place, and the ability to implement it, through regular “mock recalls”. Being able to trace and account for every suspect item throughout the value chain; track lots; have good contact management to be able to quickly identify and begin correspondence with affected customers is essential. The ideal ERP solution should provide a traceability system that offers full visibility throughout the value chain to ensure quality and to remain compliant.

Leave a comment
PrevPreviousDiary of a WFH ERP Developer, Teacher, Mom and Yogi
NextWhy Manufacturers Need a CRM System Geared to their NeedsNext